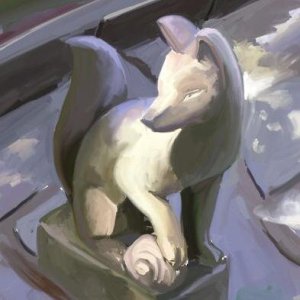 DEBATES rage in Britain and Ireland over cyclists versus motor vehicles, but the crux of the problem lies in nothing physical, just words.
END_OF_DOCUMENT_TOKEN_TO_BE_REPLACED

SUCCESS for this year’s second running of Longines Irish Champions Weekend could hinge on the outcome of the Derrinstown Stud Flying Five Stakes.

The sprint will be run as a Group 2 for the first time, making it Ireland’s highest-ranked sprint, and has doubled in prize money to €200,000 in a bid to attract the horses that could help it climb to that coveted Group 1 spot.

Reaching that point would give Ireland it’s first Group 1 sprint and open a new door for Irish Flat racing to draw the public in.

END_OF_DOCUMENT_TOKEN_TO_BE_REPLACED

A series of unfortunate incidences unveiled flaws in the €36.6million DLR Lexicon library that I never wanted to see.

I was one of DLR Lexicon’s greatest supporters. When all of Dun Laoghaire was shunning and damning it, saying it was “costing too much money” at €36.6million and “taking away from the high street” full of empty buildings, I was itching to get inside.
END_OF_DOCUMENT_TOKEN_TO_BE_REPLACED

Apprehension crept up on my excited anticipation about my Greek holiday last week as the Greek Debt Crisis worsened. How far had the unrest spread? Was I walking into a nightmare?

Cash. Bring lots of it. That was the stand-out advice offered by all experts for those travelling to Greece – even before last weekend’s debt bailout referendum was called.
END_OF_DOCUMENT_TOKEN_TO_BE_REPLACED

When Rachel Kneller hit out at Victoria Pendleton’s Switching Saddles campaign, she struck a chord with worthy tones. But she has one thing very, very wrong.

END_OF_DOCUMENT_TOKEN_TO_BE_REPLACED

WHAT to do about a Derby that does not work?

That is the conundrum wheeling around the heads of Irish racing’s authorities and leading Flat racing figures after a blasting from all angles over this year’s five-runner Dubai Duty Free Irish Derby, won by 1-8 favourite Australia.

END_OF_DOCUMENT_TOKEN_TO_BE_REPLACED

In his first interview since sustaining a life-changing neck injury, Jonjo Bright is inspirational and determined. He talks to Jessica Lamb matter-of-factly and positively – and all of it is genuine.

LET’S get real here. Jonjo Bright’s future is not in tipping.
Ireland’s best Cheltenham Festival on record and not a winner backed between the injured amateur rider and father John as they followed the action in the Royal Victoria Hospital in Belfast.

“The WiFi went down right when we made up our minds to back Solwhit at Aintree,”John insists. “At least we got to watch it,” says Bright. END_OF_DOCUMENT_TOKEN_TO_BE_REPLACED